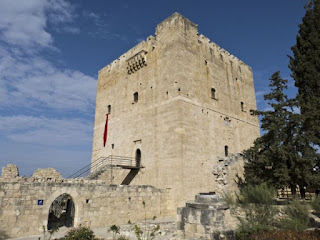 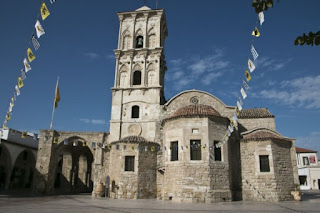 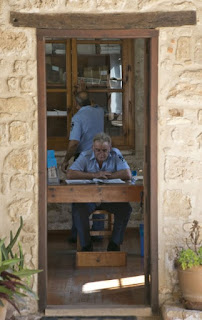 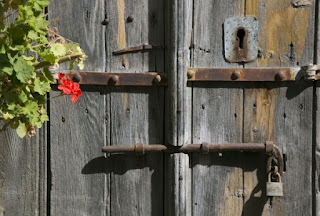 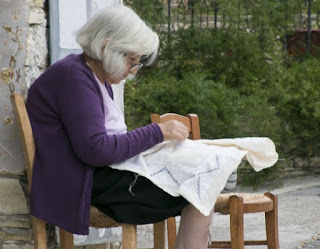 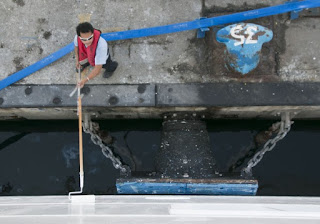 We arrived on the shores of Cyprus on the same day as a boatload of desperate migrants from Syria washed up at the British base of Akrotiri – a reminder that this island's history has so often been dictated by what's happening in the Middle East (Syria is only 62 miles away after all).

As confirmation that turmoil in the Middle East is most certainly not a new thing, today I went to see the rich legacy of the Crusaders here on Cyprus. Having first been thrown out of Israel, and then ejected from Syria by the Arabs, the Knights of St John ended up having to set up camp here on this idyllic island back in the 13th century.

First we went to see the sturdy castle at Kolossi – an impressive piece of medieval military construction. In their time here in Cyprus, the Knights set up sugar plantations (according to our guide, their sugar mills produced enough sugar to keep the whole of Europe supplied every year), and they also got involved in wine production too. Being the Knights Hospitaller, they were obviously following sound medical advice that a spoonful of sugar and a regular glass of red wine were good for the health.

We then moved back to Limassol, to visit the castle there. The castle bore the traces of many of the various powers who have ruled the island. The gothic arches dated from the first Crusader castle here (this was the place where Richard the Lionheart of England had got married when he briefly ruled the island); its defences were then reinforced by the Venetians when they took over in the 15th century (defences that couldn't protect them from the Ottomans when they attacked in the 16th century); the Ottomans then enlarged the castle and left Arab inscriptions on its bastions; while, even the British had a go when they took over in the 19th century, leaving a plaque with "VR" on the outside, to remind the islanders that they were living in the Victorian age.

But, now that the Cypriots are finally in charge of their own destiny, they appear to be doing a fairly good job of it. It's been a fairly challenging last few years since the Greek financial crisis threatened to take down Cyprus's economy, but at least Cyprus appears to have turned a corner. Unemployment is still uncomfortably high, and the empty shops and graffiti on the back streets have similarities with what's happening in the cities of their Greek big brother; but, there isn't anything approaching the same sense of urban decay that we've found in Athens.

In fact, as a sign of Limassol's burgeoning economy, I went down to the sparkling new marina development that's taking place in front of its old Crusader castle. Admittedly, the luxury villas haven't been selling as quickly as they'd like, but the luxury shops and new restaurants that have opened up are a sign of an economy on the rise. I'm sure that the developers hadn't planned that these prime dining spots would be filled with the likes of KFC, Pizza Hut and Wagamama, but they've got to start somewhere.

Our guide told me that the great thing about Cyprus is that it has all the spontaneous vitality of Greece, but combines it with some of the efficiency and punctuality of the British. To a British person who loves the Greek way of life, that's a pretty impressive combination.

PS We've also included a couple of pictures from Tracy's trip to Larnaka, where she encountered the bones of Lazarus, who apparently was so delighted to be brought back from the dead, that he went on a Mediterranean cruise, and ended up living (and obviously dying) in Cyprus.