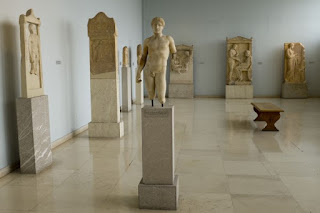 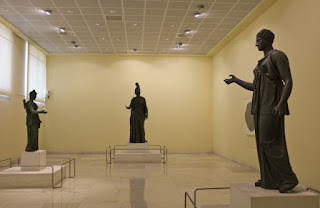 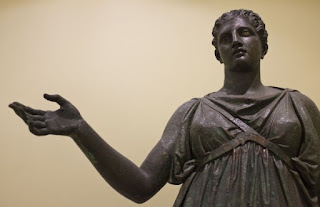 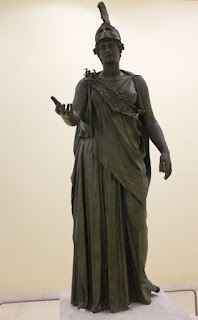 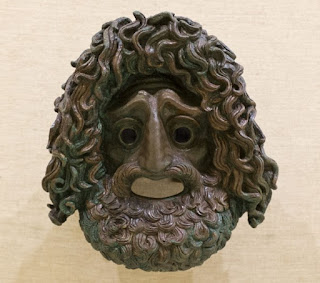 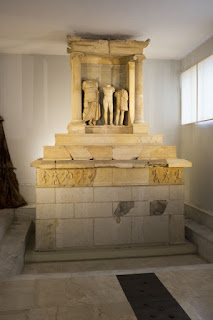 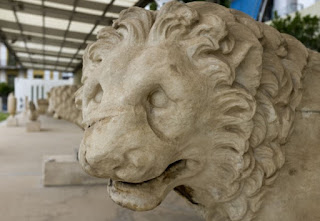 The busy port of Piraeus doesn't always give the best introduction to Athens. Its streets are clogged with traffic, and parts of it look pretty run down and a bit seamy. So, we've always tended to head straight out of Piraeus, as soon as we've got there – but, today we decided that we'd give it another try.

On the previous cruise, a passenger had asked me if I'd been to the Piraeus Archaeological Museum, and I was ashamed to say that I hadn't, so today was about rectifying that. The museum isn't large, but it's well worth a visit. In fact, because it's not so big, you tend to look in more detail at its exhibits, and you get much more from them. Inside, there was a good collection of funerary reliefs and votive sculptures (the kind of thing you'd walk straight past in a larger museum without noticing the finely skilled sculpture), but the star attraction was some amazing bronze statues that were discovered in Piraeus in the 1950s.

These larger-than-life statues had been put into an underground storeroom when the Romans were attacking in the 1st century BC, and had then been forgotten about for the next 2,000 years, until some post-war building work uncovered them. The quality of the work was fantastic – every fold of the toga in wonderful detail, the fingers and toes so incredibly lifelike, while their eyes followed you around the room unnervingly. It really did feel like they could spring to life at any moment.

With a museum as good as this, I won't be dismissing Piraeus as just somewhere to get out of, any more.