October 7th – In Absolute Awe of the Aya Sofya in Istanbul 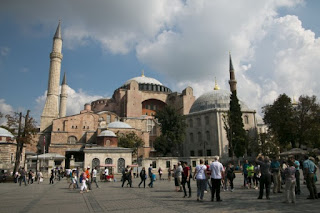 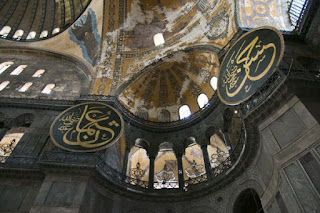 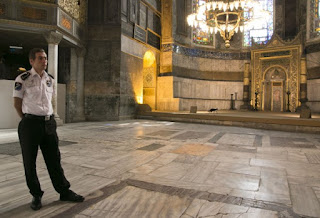 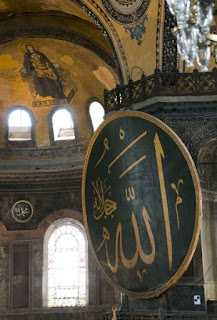 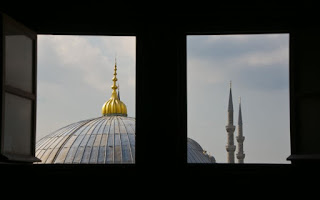 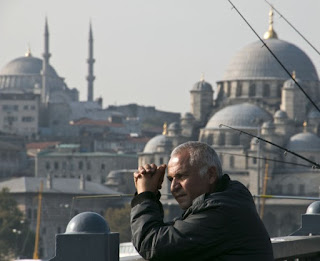 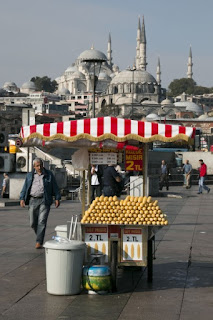 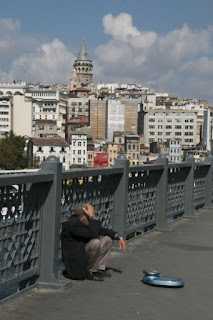 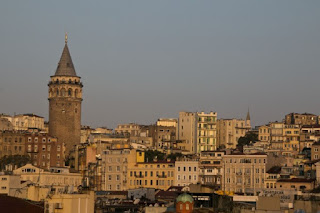 Architecturally, it's a masterpiece. Artistically, the mosaics in here are fabulous, and the Islamic decorations exquisite. And, historically, the very fabric of the building tells us the amazing story of one of the most fascinating cities in the world.

After being built in 532 AD, this cavernous building was the largest enclosed space in the world for a 1,000 years (when St Peter's in Rome finally took over), and in its history it's witnessed the glorious highs and tragic low points of the Byzantine Empire, and it then saw the triumphs and failures of the Ottoman Empire that succeeded them. From being the most impressive church in the world, it was converted into the most remarkable mosque in the world, and today it's a wonderful fusion of Christian and Islamic art and architecture.

We spent hours trailing around the Cathedral – it's an almost overwhelming building that just makes you feel tiny under its huge floating dome, yet in many ways, it's the small details that really draw you in. Bronze doors taken from Ancient Greek temples, huge alabaster pots from Pergamon, porphyry columns from Egypt, graffiti from 9th century Vikings – everywhere you look there's something to draw the eye, details that are jam-packed with history.

Like Istanbul, the Aya Sofya is infused with layer upon layer of compelling history. If you only see one thing here in this wonderful city, it has to be this amazing building.