October 24th – Rhodes Without The Tourists 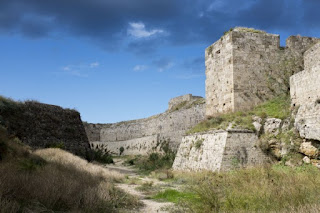 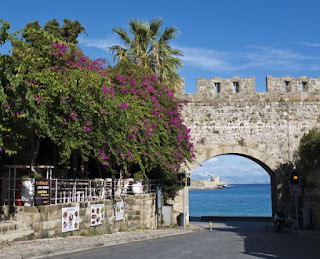 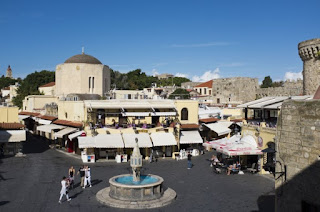 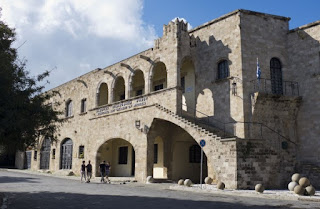 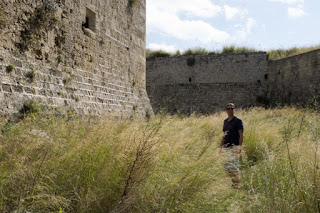 At times in Rhodes, it can feel like the island has become a bit of a victim of its own success. Package tourists flock here for its beaches and warm climate, while cruise ships are attracted here by its combination of ancient sites and the fantastic medieval heritage of Rhodes Town. That means that in the height of summer, or when a couple of the huge megaships are here, those narrow medieval streets can get a little too packed with the holidaying masses.

However, coming at the end of the season and being the only ship in town, is the perfect time to visit this fantastically well preserved Old Town. On a warm and sunny morning, we strolled the atmospheric cobbled streets of Rhodes Town, without having to share them with anywhere else – I don't think that I've ever seen it look better.

We then decided to do a full circuit of Rhodes Town's formidable defences, walking around the grassy moat, surrounded on both sides by huge stone walls towering above us. In places, the walls were pockmarked by canon fire from the many sieges that the Knights of St John had to endure, before they finally had to give up against the massive forces of the Ottomans in 1522. From the large numbers of huge stone cannonballs (measuring at least a foot in diameter) littering the grass, you could see that there had been some ferocious battles here. It was strange to think that this peaceful stretch of grassland, would once have been a killing field – anyone caught in the crossfire of that moat would have been a sitting duck.

Fortunately, we'd timed our return to the ship for lunch perfectly, because, an idyllic morning of sun, history and exercise, gave way to an afternoon of apocalyptically bad weather, as a huge thunderstorm moved in and dumped an enormous amount of rain on the town. At least we had the morning.